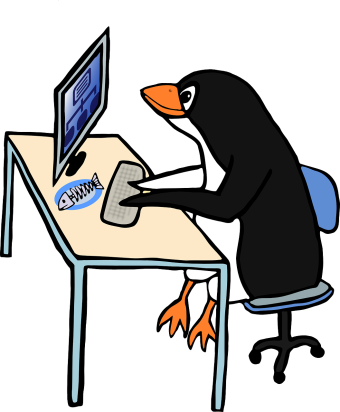 Words to warm even the coldest of hearts as November draws to a close. Not some dystopian vision of a future in which robots control our every movement, but a cheerless reminder of our mercantile present.

Still it’s hard to be in a bad mood today. Indeed I am of a celebratory disposition.

It’s been a triumphant few days for Great Britain. On Saturday night a British boxer became heavyweight champion of the world. On Sunday, Great Britain won tennis’ Davis Cup for the first time since 1936, and today I added to that glory by completing the NaBloPoMo challenge of writing a blog post every day throughout the month of November.

Actually it’s probably a little disingenuous to compare my achievement to the other two.

After all, who really cares about boxing anymore? And who even watches the Davis Cup? I can only speak for myself but when it comes to tennis, if it’s not Wimbledon then it doesn’t really matter.

Whereas writing thirty irrelevant posts in thirty days? I’m not sure we’ll ever see the like of that again.

Not on this blog anyway.

It’s been far too much effort. I know I managed something like 46 consecutive posts between May and July but back then this blog was all shiny and new. Now the novelty has worn off a bit.

Don’t get me wrong. I do still enjoy being a part of the world wide blogosphere, and I hope it continues for many more years, but I have neither the inspiration nor the inclination to write something new every single day.

On the other hand, the shame of the almost-three weeks that I wrote nothing at all in October still haunts me.

But I’m sure I can find a happy compromise.

After all it’s in the interests of all humanity for ‘James Proclaims’ to be a success. Imagine what the world would like be without this blog.

Ok it would be largely the same as it is now but with one less pointless blog in it.

Nonetheless, irrelevant though my little corner of the internet is, I will endeavour to keep on proclaiming on a semi-regular basis for the foreseeable future.

← A Bibliophile Bemoans Being Busy
The Results Are In →

12 comments for “Quality Is Overrated”