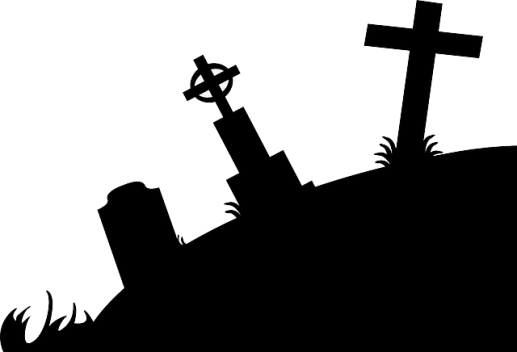 Mrs Proclaims and I live in quite a nice bit of town. We didn’t realise it was an especially nice bit of town when we bought the house because we didn’t know the town of Reading particularly well back then. Indeed we had no idea that Reading had any nice bits.

And we live in one of them.

At the time we bought the house we were just grateful we could afford anything in the South East of England. It tends to be an expensive bit of the country.

So it’s something of a bonus to live in a nice bit of town.

But it could be argued that we live in one of the less desirable bits of the nice bit of town.

Because we live on quite a main road by a very busy junction.

Indeed it wasn’t an issue at all for the first two years we lived here because I used to be able to walk to work.

But nowadays I have to drive.

I have to drive because I work in a different place that is further away, not because I have become significantly more lazy.

This means I have to leave the house unreasonably early in order to be able to reverse my antiquated (but not antique) and battered  little car off the tiny patch of land that we pretend is a ‘driveway’ and onto the afore-mentioned main road. If I leave it too late, the traffic build-up outside my house renders the operation significantly more challenging, and Reading commuter traffic is such that my journey to work would be a painful and slow-moving crawl.

As it is, I leave home early and arrive at work early and thus create the illusion to my colleagues that I am hard-working and professional.

I would never claim to be hard-working and professional though because I tend to find that people who make such claims are rarely anything of the sort.

Hardworking and professional or workshy and unprofessional, what is beyond debate is that I am always early.

This is but one aspect of living by a busy junction of a main road.

Another aspect is the billboards.

There are four advertising hoardings on the junction. I don’t tend to pay them much heed, but I see them daily and I’m certain there is some subliminal marketing happening.

One board has caught my attention on a more conscious level recently though.

It’s an advert for a local funeral director. As it’s a local business I won’t name and shame it but the advert is deserving of a fairly robust critique. I’ll give the business a pseudonym instead. I’ll call it ‘Sinister and Daughters’. The ‘daughters’ bit of the name is true, but Mr Sinister is not the name of the proprietor. It might as well be though, he has chosen rather a sinister picture of himself to grace the poster, which features him and and a young lady I assume to be his daughter. That’s daughter singular though, because only one young woman is featured. But the business name suggests that there are a minimum of two.

Perhaps she is his favourite, or maybe she’s the most photogenic. I’m not sure whether to feel sorry for the other daughter, the one who doesn’t feature, because although it is a clear slight on the part of Mr Sinister, is she really losing out on not being featured on such a macabre advertisement?

Perhaps so because the daughter who does feature seems to be actively cheerful. She has the broadest of grins on her face. Which may not be entirely appropriate given the service being advertised, but perhaps she can’t disguise her joy at being the favourite daughter of Mr Sinister.

Anyway it’s there, bold as you like, on the junction outside my house, a huge billboard advertising the services of an undertaker. It’s rare to see a local business being advertised in such a prominent place. It must mean they’re doing well for themselves.

Which may not be a good thing…

My criticism isn’t really that an undertaker chooses to advertise though. I can’t imagine it is going to result in a significant spike in trade for them because it’s really not the kind of service anyone would ever purchase on a whim, but if brand awareness is that important to them then good luck I say.

But I do have an issue with two aspects of this little venture.

One is their choice of slogan. It is as follows:

“For those times when only another family can really understand…”

Is there any truth in that Mr Sinister?

Well no as it turns out, because having looked up ‘Sinister and Daughters’ on the interweb, I can see that lots of people work for company who aren’t related to Mr Sinister. Including the person in the advert who seems to be posing as his daughter, but is, in fact, just an employee. His actual daughters don’t work for the organisation at all. It is a family business in the sense that Mr Sinister has inherited it from his father and quite possibly his daughters will one day work for the family business. But they don’t at the moment.

So his slogan should really say

“For those times when only another person can really understand…”

My other objection is that Mr Sinister has chosen to place his advert directly opposite the premises of a rival funeral  director. One, as it turns out, that is also a a family business. We’ll call them ‘Hero and Son’ for the benefit of this piece.

It seemed like quite an aggressive move on the part of Mr Sinister, a corporate behemoth in the world of funeral services taking on a plucky underdog.

But alas it appears my imagination has run away with me, for they seem to be quite similar sized companies and both seem to be doing quite well.

Ultimately I may have been a little harsh on Mr Sinister, who truly cannot be blamed for my wildly inaccurate speculations. In truth I don’t think he is guilty of aggressively taking on the little guy, maybe he’s not even aware that his billboard is so close to one of his rivals. He is guilty of appearing to be quite sinister in his own advert though.

And for misrepresenting an employee as his favourite daughter.

So I don’t think we can trust him really.

And it is a rubbish slogan.

And I’m still not sure that a funeral director really needs to advertise at all.

But I didn’t need to write this either.

So can we really blame anyone for anything?

What I do know is that I don’t have a suitable ending for this post so I’m just going to have to rely on a gratuitous pun.

← The Circle Of Strife
There’s Madness To My Method →

5 comments for “An Undertaking Of Sorts”