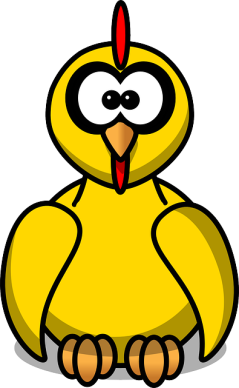 It’s the 26th February and before this week is out, it’ll be March.

The days will start to get a bit longer, the weather might be slightly less inclement, and winter will be over for another year.

Technically we have wait until March 20th for Spring to officially…er…spring? But I think we can start to shake off those winter blues as soon as we’ve seen the back of February.

Alas, that is slightly longer for me than it is for you dear reader, as I am currently writing this at some point last week in a bid to stay slightly ahead of my blogging schedule. As things stand, it’s very much winter and, if I may say so, it’s a winter of discontent.

For, at the time of writing there is very much a national crisis unfolding, as KFC has run out of chicken!

This does seem like an oversight for a business that seems, at least to me as a layperson, to be entirely reliant on not running out of chicken. What else are they going to Kentucky Fry? Sparrows? Hmmm, I could go for a Kentucky Fried Sparrow right now…

Actually, I’m not really a great patron of KFC so I’m not really too affected by the current crisis. I was known to indulge in fried chicken in my drunken youth, but I don’t think I tended to go for a well-established brand like KFC. It’d more likely have been one of the lesser known back street outlets that did the vast majority of their trade in the early hours of Saturday morning.

When I was living in Paris (a city I was often inebriated in) I used to frequent an establishment near the Moulin Rouge called Paris Fried Chicken. I don’t know if it was any good, but I never got food poisoning, which I always saw as a bonus the morning after. There was also a Paris outlet I did occasionally go to when I was sober, mostly because it was the only eatery on the street I lived on, and so convenient on the days I couldn’t be bothered to cook. It was called Ghandi Fried Chicken (or GFC). I presume it was so-named because it was run by a family who had the surname Ghandi, rather than being named after the well-known civil rights activist and strict vegetarian, Mahatma Ghandi, but I never asked.

I don’t recall Ghandi Fried Chicken ever running out of chicken though.

Anyway, at the time of writing the KFC chicken deficit is creating quite the furore. I hope, for the sake of fried-chicken lovers everywhere, that by the time this post hits the blogosphere, the crisis will have passed and people will once again be able to enjoy a calorific meal that is finger-lickin’ good.