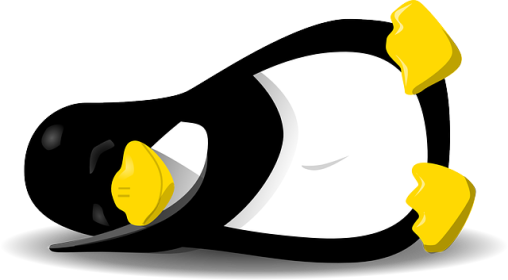 Today represents a tragedy for fact-seekers everywhere, as this will be the last ‘James Explains’ for a while. I might bring it back in a few weeks or I might not. Only time will tell. There’s inevitably going to be something of a grieving process for some of you at this news. We’ll get through this together somehow. There are lots of other people who are still explaining stuff on the internet. You’ll be OK. But, just to tide you over, while you try to find another site that quenches your never ending thirst for knowledge as well as this one does, let’s enjoy one last Q&A together.

Pete, who has managed a question every week, is back again with this query:

Can I ask a question?

Now, it’s abundantly clear that you can ask a question Pete as you have asked many before. You are quite the accomplished questioner. But, alas, there will be no further opportunities for you to ask me questions that I will actually bother to answer. At least not for a few weeks. But you can still ask questions. You can always ask questions Pete.

Bear R Humphreys, who may or may not be the same person as regular contributor Bryntin asks:

Why can’t you stop once you’ve popped? I would have thought that was pretty much the end of your balloon trip myself.

Well Bear, that is a question, and you’re absolutely correct, the popping of a hot air balloon would indeed result in a fairly imminent ‘stop’. But there are other forms of popping. Most of them can also be stopped. For example, if I pop to the shop, I tend only to need to do it the once.

Even in the context of the savoury snack Pringles, which is where the claim about being unable to cease post-pop appears to originate, the claim is misleading. Presumably one will inevitably stop when one runs out of Pringles. Also, I once had the misfortune to try Mint-Choc flavour Pringles, which were a novelty flavour released for Christmas one year. I had no difficulty stopping on that occasion. No difficulty at all.

Meanwhile my friend Andrew, who doesn’t have a blog but occasionally likes to heckle me from other social media (I wrote about him before in this awesome post about Glastonbury and David Bowie, and he was also the ‘Second Bow Street Runner’ in this post I wrote on Friday), queries my assertion from last week that there are multiple ways to nap while at work. Less a question and more of a demand he says:

There are more ways to nap at work? I want to know what they are.

Obviously I don’t actually nap at work. That would be incredibly unprofessional, even for me. But if I were to nap at work I would do any one of the following, and fully expect to get away with it.

And that’s it for James Explains. Possibly forever. But maybe not. You can still ask questions in the comments section below. But those questions could be in vain,

← The Horror Of Horology
My Poem Is Better Than Yours →