And so we are officially in the second half of what really is a self-indulgent set of posts about the music I liked when I was younger.

If you’re just joining me, then welcome. Although you are going to have to work hard to keep up with the others.

If you’ve been with me since the start then don’t quit now, you’re doing really well.

Anyway on to the letter du jour. 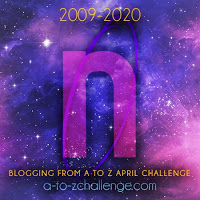 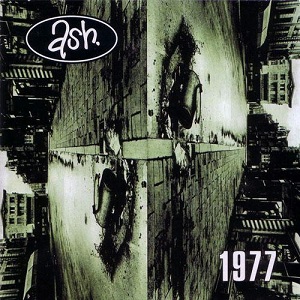 In 2017 I went to the Reading Festival for the second time in my life. The first time was back in 2000. What prompted me to go to another festival after a 17 year hiatus? Well, mostly the fact that I live down the road from the festival site so I didn’t need to camp and had access to my own bed (and more importantly perhaps, my own toilet) for the duration of the festival.

The line-up of the Reading Festival is often hit and miss so even though I’ve lived quite close since 2013,  I don’t go every year.

And it was pretty good for the most part.

Back in 2000 I knew most of the acts, even the more obscure ones. In 2017 I pretty much knew the headliners and that was it. Because I was older and that’s what happens when you get older.

Anyway, on the bill that year was one Liam Gallagher, ostensibly performing as a solo act, but mainly singing Oasis songs.

And, as previously discussed on this blog, I was a massive Oasis fan.

So you’d imagine I’d have watched the entirety of his set. But, while I did watch some of it, I left before he had finished.

Because, on one of the smaller stages, buried so deep in the festival listings that you could be forgiven for missing them completely, were another band I loved in the nineties.

And that band were Ash.

And they were totally worth missing some of Liam’s set for.

They were so good, that I bought tickets to see Weezer later that year, partly because Ash were supporting them. (Although I do also really like Weezer, as we’ve also discussed previously.)

Ash never set the world on fire (which is ironic if you think about it), but they’ve always been an easy band to like.

You could argue that once you’ve heard one Ash album, you’ve kind of heard them all.

But what an album it is.

I quite like all of their albums though, but I do get them mixed up.

Still, my favourite is still their debut, 1977, which is so named because that is the year they were born. It’s also the year that the first Star Wars film came out.

Except that they do sample some sound effects from that movie on this album.

Which only makes me love them more.

And although it is a fantastic album, the only song I could pick to play us out was the utterly brilliant ‘Girl from Mars’.

7 comments for “James’ Shamelessly Nostalgic A-Z Of Albums That He Liked To Listen To When He Was Young – Part 14: 1977”