As we near the end of this A-Z of albums that I liked when I was younger than I am now, and mostly still like today (except for some albums that frankly only made the cut because they began with the right letter) I feel I should acknowledge the heavy bias towards UK acts.

This in part stems from the fact that I am British. I don’t go out of my way to only listen to music made by people from these isles but there is obviously an element of increased exposure. This is particularly true, given that I’m mostly writing about albums I encountered in the nineties when there was a definite media bias towards British acts.

Not that my music tastes are that international anyway. Aside from a few albums I purchased when I lived in Paris, the vast majority of my music collection (for it is a collection – I have now uploaded it to ‘the cloud’ for ease of consumption but I mostly listen to stuff I bought and so large was my music collection before streaming became a thing, that I have eschewed subscribing to a streaming service to date – occasionally parting with my cash to download albums I really want still seems to be cheaper overall, particularly as most music can be sampled for free via various platforms before I decide whether it is worth spending my money) is English-language, but that does tend to include a fair number of artists from the US.

Why then, have I neglected to include any US acts apart from Weezer and Green Day in my list to date?

I definitely liked a lot of American bands back then. Nirvana, Pearl Jam, Smashing Pumpkins, REM and Foo Fighters all could have made the cut for a nineties-themed extravaganza such as this.

That they didn’t is perhaps a little disingenuous on my part because I liked all of them a lot. To be honest, although it pains me a little to admit it, even Bon Jovi was no stranger to my CD player back then. But when it came to it, while I’d happily concede that Nirvana’s ‘Nevermind’ is a far superior album to Ash’s ‘1977’ (to the point where even comparing the two is beyond ridiculous) it’s the latter album that spoke to me more as a teenager. I may have been wrong as a teenager, but as this has been a largely nostalgia-driven exercise, we have to go with the judgements I made back then.

And so to ‘V’ and Pearl Jam were really in with a shout for this. They released not one but two albums that began with ‘V’ back in the nineties and both ‘Vs’ and ‘Vitalogy’ spent a lot of time in my CD player.

But instead I’ve gone with this: 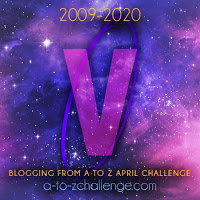 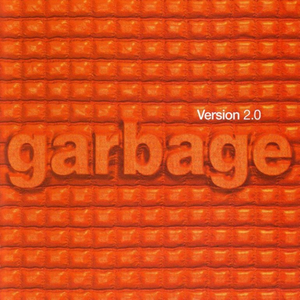 It may come as some consolation to my American friends that 75% of the rock band, Garbage, do indeed hail from the States. And indeed if you’re apoplectic with rage that I overlooked one of the seminal albums of all time in ‘Nevermind’ then it may be some consolation to know that Garbage’s drummer, Butch Vig, was the producer who worked on that record.

Nonetheless Garbage are fronted by Shirley Manson who is Scottish, so I may still be employing a certain level of British bias.

But it is unintentional.

If you put a gun to my head and asked me which Garbage album I liked the best then I’d be very scared and wonder why you’d pointed a gun to my head to find out such a trivial piece of information.

But I’d tell you truthfully that I preferred their 1995 eponymous debut.

So did quite a lot of other people.

Because it is really good.

So put the gun down and let’s listen calmly to one of the better tracks on the album.

Which is, perhaps unhelpfully, called ‘I Think I’m Paranoid’.

← James’ Shamelessly Nostalgic A-Z Of Albums That He Liked To Listen To When He Was Young – Part 21: Urban Hymns
May The Soon Be With You →

16 comments for “James’ Shamelessly Nostalgic A-Z Of Albums That He Liked To Listen To When He Was Young – Part 22: Version 2.0”