I haven’t blogged for ten days or so. It’s not been for a lack of inspiration but I’ve been quite busy for the last week and I haven’t had time to write any of my staggeringly brilliant ideas down.

I haven’t even had time for my ‘trademark’ bad poetry.

This weekend offered a brief reprieve from the excessive busyness, but alas there was quite a lot of sport on the telly, and I’m a huge armchair sports fan. I might not be so huge if I got out of the chair and did some sport rather than just watching it…

The only solution was to sit around watching more sport on the telly, but this time without drinking beer.

It was less good than Saturday but still better than working.

So here I find myself in the early hours of Monday morning, blogging for the sake of blogging.

Hopefully I will find time to write something worthwhile soon. There’s lots to say about lots of things at the moment.

But I will round off this ‘non’ post by relaying an aspect of a particularly vivid dream I had in the early hours of Sunday morning, when the effects of my excessive beer drinking were still very much in play.

I dreamt of a kangadog.

It was half kangaroo and half dog.

I can’t fully remember the context of the dream, but I wasn’t a fan of the kangadog. I found it quite scary.

I’ve attempted to draw it below, but I’m rubbish at drawing so it doesn’t really look like the kangadog I dreamt of. 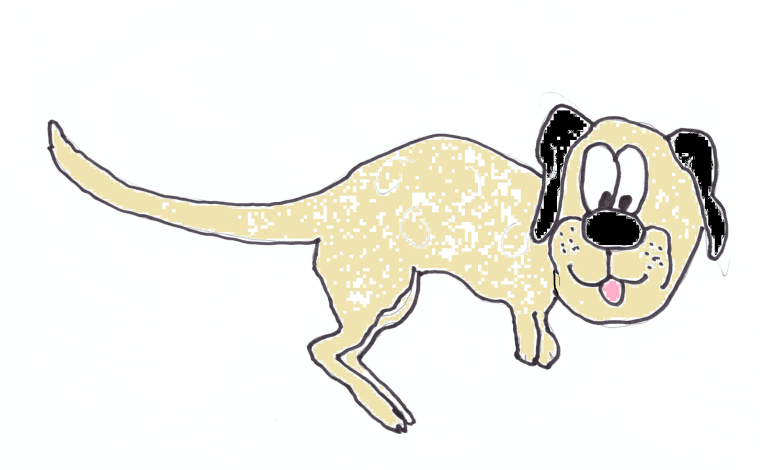 This one almost looks friendly.

If only the kangadog in my dreams had been so friendly.

But it wasn’t friendly at all.

I don’t know if a crossbreed of a kangaroo and a dog is possible, but the creature I dreamt of was terrifying.

When I woke up, I told Mrs Proclaims about it. She told me that recently there had been a ‘news’ story about a kangaroo and a pig mating. I hadn’t come across this particular legend but I’ve since looked it up on the interweb, and there is definitely a story of that nature out there. I couldn’t verify it’s authenticity.

If it is true, and mating is indeed possible between a kangaroo and a pig, I wouldn’t be too worried.

A kangapig is nowhere near as scary as a kangadog…

5 comments for “Beware Of The Kangadog”