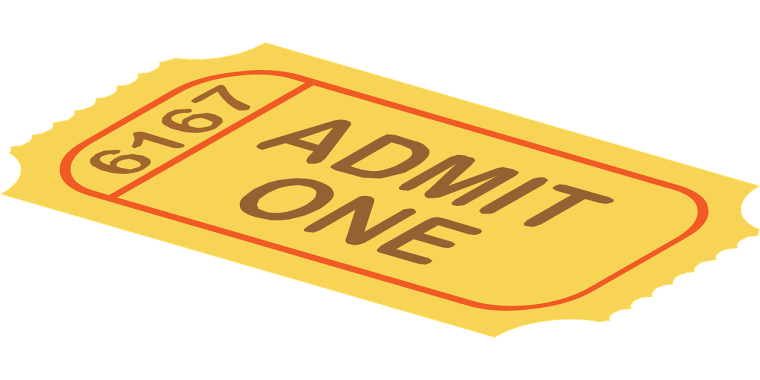 About a week ago Mrs Proclaims and I went to see Jurassic World. It was an odd thing for us to do as we were both relatively ambivalent about seeing the film when it first came out and going to the cinema is not something we do very often.

I think we’re now at a stage in our marriage where we no longer have to pretend we like the same kinds of films as each other. This is something of a relief for both of us.

Also it’s ridiculously expensive to go to our local multiplex. We have quite a big TV, at least in comparison with the tiny portable (with integrated VHS player) that we made do with in the early days of our relationship, so it’s actually not a bad experience watching a film at home. For the price of two cinema tickets we can get a takeaway and a bottle of half-decent wine to augment the evening as well. Unless the film is of the ‘you-must-see -it now-or-risk-being-mocked-socially’ calibre then we might as well just wait for the DVD or Netflix release.

However, because we’re both teachers, we’ve been off work for a few weeks now. I’m in no way pretending that having an extended period off work is anything to complain about, but by the latter end of the holidays we’re scraping the barrel for things to do. Usually by this stage we’ve used up any disposable cash we may have had (and this year we had very little) so if we want to spend time together we’re reduced to going on long walks or watching stuff on TV (obviously this is not the extent of our existence – I’m oversimplifying our lives for the sake of this post…) As it happened, the original Jurassic Park and its inferior sequels were just some of the things we managed to catch on the telly this August.

Despite being fairly indifferent about the third film and actively disliking the second one, we decided that seeing the fourth film in the franchise might not be the worst thing we could do of an evening. Because it had been out for a few weeks, we were reasonably confident that the cinema would be fairly empty. We like an empty cinema, but not for misanthropic reasons. It’s just that it was exactly the kind of film that would appeal to the kids we teach and we definitely didn’t want to run into any of them during the holidays.

So off we went to see a movie that had been out for ages and that ultimately we neither loved nor hated. And overpriced though the whole experience was, it was a pleasant enough way to pass an evening.

Except for the bit before the film when they show the adverts and the trailers.

That was less than enjoyable.

Because at our local cinema, when you buy a ticket, they assign you a seat.

This is all well and good if the film you’re going to see is extremely popular. It might even be considered a bonus to have specific seat allocations in that context.

But when the film has been out for weeks, and the cinema is fairly empty, you don’t really need reservations because there are plenty of available seats.

As there was no need to worry about seat reservations, the guy that sold us the tickets didn’t pay attention to that particular detail and just assigned our seats arbitrarily. Which meant that we were allotted fairly rubbish seats right at the front of the room.

Common sense dictated that no-one was going to hold us to our specific places and that we were therefore free to choose other, preferable, seats.

Obviously we didn’t do anything so rebellious as to sit in the ‘premium’ seats when we’d only paid for standard. Some other anarchists did just that, but we accepted our ‘standard’ status with good grace, albeit we moved to ‘standard’ seats in a better location.

The trouble is that we’re habitual rule-followers, so until we were certain that everyone who was coming to see that particular showing of ‘Jurassic World’ had actually arrived, we couldn’t relax.

Because even though there were still plenty of seats, we were worried that somebody really pedantic would have been assigned the seats that we had elected to sit in and would ask us to move. And because we’re rule-followers who hate confrontation, we would have grudgingly obliged.

Obviously no-one did ask us to move – very few people are that doctrinaire in real life, but that didn’t ease our anxiety.

As we are such ardent rule-followers, we always arrive at or before the advertised start time. Like good consumers we sit through every commercial and trailer.

But some radicals don’t arrive as per the ticket instructions. They wander in whenever suits them, missing all the valuable opportunities to be brainwashed into parting with their hard-earned cash on products that they neither need nor want.

Sometimes these independent thinkers miss the first ten minutes of the film; such is their scant regard for ‘the rules’.

Which means neither I nor my beloved can truly relax until the opening credits are a distant memory.

Even though the kind of person who takes the risk of missing the beginning of the film by arriving after the advertised start time is unlikely to be the kind of person to insist on honouring the seat allocation, it could theoretically have happened.

And it couldn’t theoretically happen without the pointless allocating of seats.

So, while I fully understand the allotting of seats when a film is sold out or at near capacity, there is really no need to cause overly anxious people, like us, all this extra stress by printing unnecessary seat numbers on our tickets.