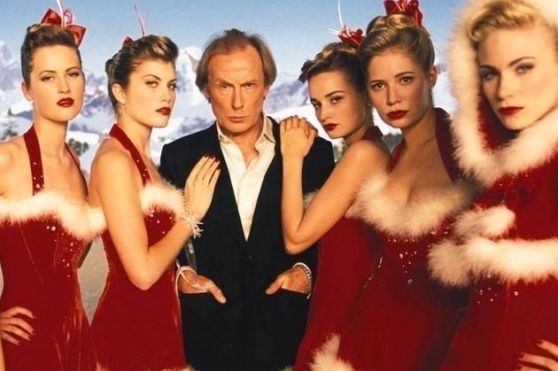 Richard Curtis is a man who divides opinions. Specifically he divides my opinions. In some respects the man achieved a God-like status in my esteem in my formative years, because he was one of the people responsible for bringing the world  Blackadder. No-one linked with that peerless television programme could ever do any wrong in my eyes. Except that some of them obviously have.

It’s not anyone’s fault, when you’re involved with something that good, everything else you do is bound to suffer by comparison. Fellow  Blackadder writer, Ben Elton, has certainly produced his fair share of crap in subsequent years, and even Rowan Atkinson, a man who generally renders any movie or TV show significantly funnier by just being in it, did blot his copy book by starring in Elton’s genuinely dreadful 90s sitcom  The Thin Blue Line.

As for Curtis, as well as  Blackadder, he’s been the creative force behind a lot of TV shows that I’ve loved over the years, almost too many to list. But when it comes to his cinematic output, I’m not sure how I feel about him.

I mean I’m genuinely not sure.

Notionally, both Four Weddings and a Funeral and Notting Hill seem, on paper, like movies I wouldn’t like.  But I do quite like both of them.

However, enjoyable though those movies both are, there is a tendency, within Curtis’ films, towards a world in which fairly privileged Brits bumble around being slightly awkward. It’s a cliché that works well in Four Weddings and a Funeral. It still works in Notting Hill  but you get the feeling that it’s a stchick that will eventually run its course.

I didn’t go out of my way to avoid subsequent movies linked to Curtis, but I hadn’t seen Love Actually until this year. A fact which has been greeted with incredulity by every person I have known over the years. It’s almost as if watching this movie is like a rite of passage or something. Like you can’t be truly British if you haven’t seen Love Actually.

The movie was Curtis’ directional debut (he served as screenwriter on the other aforementioned movies) and it is everything I feared it would be. Saccharine, sickly, with more clichés and platitudes than would seem possible in 136 minutes, it’s a bit of an incoherent shambles in many respects. It sort of works, but it’s best not scrutinise the narrative too closely.

The cast is, quite simply, phenomenal, but with that much acting talent on display, it’s hard for anyone to really shine. Hugh Grant’s prime minister did seem quite a refreshing, albeit, implausible alternative to the kinds of choices we’ve had on offer in recent years. Although it’s not hard to imagine Bo Jo having a relationship with one of his staff, it wouldn’t be the endearing romance that Grant’s character enjoys with Martine McCutcheon’s ‘Natalie’.

I can see why people would like this film. It’s the kind of feel good movie that is bound to appeal to certain audiences.

There’s nothing wrong with that.

But, based on my usual cinematic tastes, it really shouldn’t appeal to me.

But I did quite enjoy it.

When, two years ago, I started the first ‘James Proclaims Advent Calendar of Christmas(ish) Films’, a friend of mine suggested that I had to include Love Actually, and insisted that I leave the pub that we were sitting in imbibing alcohol to go and watch it immediately (having been as appalled as everyone else that I hadn’t yet familiarised myself with this most seminal exemplar of British culture).

I was a bit sceptical, assuming it that it was an out and out Christmas movie and therefore had no place on a list of  Christmas(ish) movies.

But, after two years I succumbed and watched it.

And I suppose it could be argued that it isn’t technically a movie about Christmas.

Because it’s about Love.

But it is very Christmas(ish) and you probably wouldn’t watch it at any other time of year.