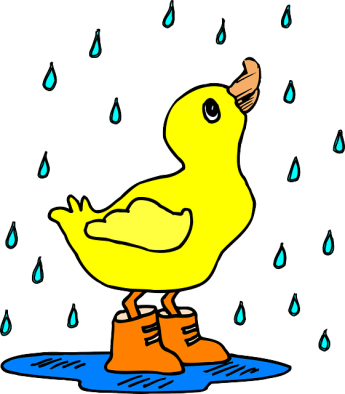 A couple of notes before I begin:

When I partake in my thrice weekly run, I go out at ‘stupid o’clock’. ‘Stupid o’clock’ can be defined as somewhere between 5am and 6:30am. Usually it’s before 6am. I go out early. I do this mainly because there are fewer people around at that time. Because they are mostly still tucked up in bed. Which is where I’d rather be. But my desire to stay in bed is currently being out-voted by my desire to get fitter. This tends to be a temporary state of affairs in my world and I’m making the most of this current inclination towards self-improvement, so I get up at ‘stupid o’clock’ three times a week and go out for what I refer to as a run, but what many others would probably refer to as a plod. I don’t like running when other people are around because I’m not yet at the stage in my running where I feel comfortable. It’s not a vanity thing, I don’t possess a lot of dignity when I run, but few people do. It’s more that I find running so utterly joyless that it’s all I can manage to keep going most of the time. I don’t need obstacles and other people do tend to get in the way. It’s worse at the moment, because with the gyms all closed, a lot of people have taken to going out running. But at ‘stupid o’clock’ in the morning there are only a small number of intrepid souls out and about. Including yours truly.

So mostly I get to run without anyone getting in the way. Sometimes I seem to time my run at roughly the same time as the man from the council is out in his little van emptying the bins along the Thames path. This is less than ideal as, obviously being in a van he goes faster than me, but he also stops a lot to empty the bins. So it’s a weird mile or so of me overtaking him and then him overtaking me. He never actively gets in my way so it’s more of an unwelcome distraction than anything.

No, it’s mainly an obstacle free course at that time in the morning. Except for the geese. They get in the way. A lot.

The ducks don’t, they mainly stay in the river. The swans are also quite considerate. But the geese, in quite large numbers, tend to congregate on sections of the Thames path, leaving me with something of a conundrum. Do I run towards them and trust that they’ll oblige and get out of my way? I’m not the fastest runner, but I’m a fairly large person. I imagine, to a goose, the sight of me running towards them would be akin to a tractor moving towards me. I’d have plenty of time to consider my options but none of those options would include waiting for the tractor to arrive at the space I’m currently occupying. But the geese, in general, don’t seem that bothered by my presence. Or at least not especially fearful. And I don’t know if you’ve ever met a goose, but they are quite frightening. They move around in packs (I suppose technically flocks) and they resemble, to my early morning eyes, the velociraptors off of ‘Jurassic Park’. And they hiss. Quite aggressively. They’re really not very nice.

So I tend to alter my course to avoid them. Which I can’t help but feel does throw me off my stride a little.

Recently though, the weather has been a little less clement. I’ve woken up at ‘stupid o’clock’ to find that it’s raining. On such days, any sensible person would decide that outdoor exercise is a bad idea and return to the comfort of their bed. But, as previously mentioned, I hate running. So running in the rain is not especially any less appealing than running when it’s not raining. I’ve completed a few runs in conditions that some would describe as ‘nice weather for ducks’. I’m not sure if the ducks really have a preference for the rain over other meteorological conditions, but the geese do seem to behave differently. I wouldn’t say the path is clear of geese, but more of them seem to remain in the river on such days. Which means I encounter fewer feathered fences to hurdle.

So you’d think I’d go faster on such days. But alas, in place of the geese, I find numerous puddles. And they are also a hindrance. Because, while some puddles are insignificant, some are akin to small lakes and it’s harder to run around the larger puddles than it is to run around a goose.

Or course puddles don’t tend to be quite as aggressive as the geese, and they don’t hiss at me, so I can run through them without fear of being attacked. But it’s easier said than done. I’m sure more able runners, those who are solely focussed on improving their personal best, would run straight through a large puddle without a care in the world, but I’m still at a point in my running when such disregard for common sense is alien to me. Because it’s human nature to avoid puddles. So where I can I do and when I can’t, and I have to traverse the offending quagmire, I do so as delicately as possible. Which rather slows me down.

And while none of my running times are yet worthy of any kind of boasting, I’d have to say that, on balance, when my primary obstacle is puddles rather than geese, I tend to record slower times.

So, in the category of ‘Hindering Me While I Run’, puddles would have to be declared the winner.

But it’s not over, ducks and associated waterfowl still have a chance to level the series.

Tune in next time (whenever that is) to see if they manage to do just that.

33 comments for “Ducks Versus Puddles (Round 1)”