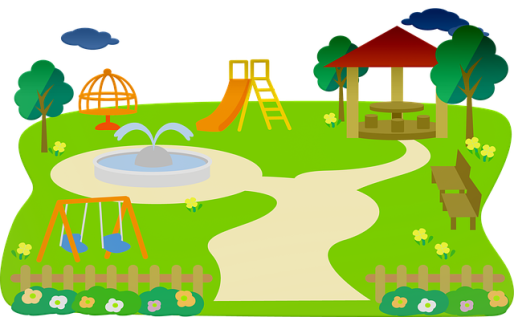 It will be Monday when I post this but, as I write, it is Saturday afternoon. Little Proclaims and I spent much of this morning doing our usual weekend daddy-daughter activities, which mostly consists of feeding ducks and jumping in puddles. I join in with the duck/goose/swan feeding as Little Proclaims, while content to hold a piece of stale bread and shout at the associated waterfowl, is rather less than proactive in actually dispensing the bread to the beneficiaries. I tend not, as a rule, to jump in puddles due to not possessing the appropriate footwear. And not being a toddler. It’s more about the footwear though…

As of the 4th July we have, of course, been permitted to return to playparks, so that too featured this morning. Little Proclaims has very much enjoyed this renewed relationship with the swings, slide and roundabout but by far her favourite activity in the playpark at the moment is to run around aimlessly while shouting excitedly. We go out early and are alone in the park so I try not inhibit this expression of unbridled joy, unless she looks as though she’s about to do something that will result some kind of mishap. Which does happen quite often…

Little Proclaims is now enjoying a much deserved afternoon nap and I am sitting in front of a televised football match that I have fairly limited interest in, drinking some very nice beer, which I purchased for a bargain price at the supermarket and which is making me question whether I will ever return to the pub. I suppose I would like to socialise with the small number of people that I consider friends again but frankly the beer is just as good, and significantly cheaper, at home and I wonder if I really need to go the pub to see them. Maybe the ‘new normal’ will present us with lots of new opportunities to get together, which won’t involve imbibing alcohol in a claustrophobic environment on a Friday evening. Probably not, the world does seem intent on making the ‘new normal’ as much like the ‘old normal’ as possible. Then again I’m sure the ‘old normal’ had plenty of activities that weren’t ‘the pub’. I just didn’t pay them much heed. Perhaps I should stop waiting for the world to change around me and just be a bit more proactive. That does sound like a lot of effort though.

I’m also feeling fairly reluctant to get a haircut. Having rejected Mrs Proclaims kind offer to trim my locks during lockdown, I now have quite the mop. If work, which in my case is based in a secondary school, were operating as usual I’d probably feel more inclined to sort it out, because teenagers can be quite cruel, but there are so few of them there at the moment that I feel I can hang on, particularly with the six-week summer holiday coming up. No doubt by the time September rolls around I’ll be desperate for a trim but I feel I can let things play out for a little longer – who knows, I may decide to opt for an entirely new look at the end of all of this. Maybe a new hairstyle is what I’ve been waiting for to kickstart my journey to being a new and better me.

Or maybe I’ll just be the same person but with different hair.

I expect around the end of August I’ll cave in just have my usual haircut anyway. The non-descript but easy-to-manage look that has served me so adequately for all these years.

I should at least be a slightly fitter version of myself as a result of all of this. My thrice-weekly run has now increased to four-times a week. The main result of adding an extra run per week seems to be that I’ve become much much slower on all of my runs, but as the notion of going for four runs a week was unthinkable only a few months ago, I’d still have to count this as progress.

The swimming pools are due to open soon. No doubt with lots of rules that make it far more difficult to access them, but I should still be able to add swimming back into the mix in some way. I’d like to imagine I’ll stick with the running too, not least because the gyms are also re-opening so there should be less runners about in general, which might mean I can stop getting up at 5am to avoid them.

That said, Little Proclaims does like an early start so it’s unlikely to be the end of my 5am alarm calls…

Being the parent of a small child and still largely having to go to work did mean that lockdown wasn’t the life-altering experience for me as it was for many. Still, I did acquire a little more time as a result of it and I wonder if I really made the most of it.

I’ll have to do better during the next one.

← A Rude Awakening
Lost In A Bad Book →