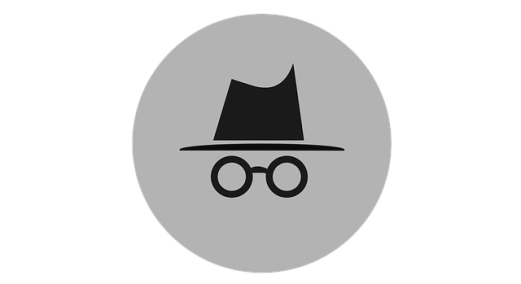 One afternoon Magic Penguin and Fat Giraffe were imbibing alcoholic beverages in the Shoe and Phone, as was their way, when in walked Stupid Donkey.

“Not bad,” replied Stupid Donkey, “How are you guys?

The exchange of banal greetings continued for a few more moments as the three friends established that they were all in adequate health and generally doing well, even though such exchanges were merely platitudes and not entirely true.

Fat Giraffe, for example, despite claiming to be fine, was actually concerned about a worrying growth on his right buttock, while Magic Penguin was more than a little preoccupied by a letter he had received from his bank that very morning. Stupid Donkey also had his woes.

“That’s a strange way of putting it,” observed Fat Giraffe.

“I know, I’m not sure why I phrased it that way.” acknowledged Stupid Donkey.

“What are these woes?” asked Magic Penguin.

“That’s a shame,” said Fat Giraffe, “I had a strong inkling that your woes were very likely going to be the basis for the plot of this story.”

“True,” acknowledged Magic Penguin, “It would seem the obvious direction for this story to take. Go on then Stupid Donkey, let’s hear your woes.”

So Stupid Donkey told Magic Penguin and Fat Giraffe all about his woes. And really they weren’t all that interesting.

“Nope, no plot there,” sighed Magic Penguin, “bit of a waste of time you telling us really.”

“Well, I’m sorry,” said a visibly wounded Stupid Donkey, “but my woes are very real to me.”

“Yeah but they are first world problems aren’t they?” said Magic Penguin, “Not the sort of thing I can investigate as part of my new role as Private Detective.”

“I thought you were a Private Investigator,” commented Fat Giraffe.

“Wait, you’re a PI?” asked Stupid Donkey, “Don’t you need a license for that or something?”

“Probably,” said Magic Penguin, “I’ll get round to that eventually.”

“Yeah, I’m pretty sure you do need a license,” said Stupid Donkey, “Do you think they’ll let you have one with your history?”

“I don’t know what you mean” said Magic Penguin.

“Well, I mean, what about, you know…the thing?” mumbled Stupid Donkey.

Magic Penguin sighed. He’d managed to get through two stories without anyone mentioning the Kipper Scandal. He’d started to think that people had forgotten about it. But, he realised, something as big as The Kipper Scandal was not just going to go away.

“I’m sure I will,” muttered Magic Penguin, even though he was not at all sure, “but it doesn’t really matter anyway does it?”

“Why not?” asked Stupid Donkey.

“Well because I’m the eponymous hero of my own series of short stories,” replied Magic Penguin, “so I can definitely be a PI if I want to be.”

“I suppose so,” said Stupid Donkey, “but don’t you think you should actually investigate something then? I mean this is the third story in as many weeks and as far as I can see nothing much has really happened in any of them yet. In fact there were only two characters until I turned up.”

“I’d hardly call you a character,” said Magic Penguin bitterly, “and if your so-called woes had been more interesting we might already have a story on our hands. So it’s your fault really.”

“I don’t see how,” said Stupid Donkey, “but I think something needs to happen to retain the interest of the readers.”

“Oh I imagine we’ve lost any readers we ever had by now,” said Fat Giraffe, “but I agree, something needs to happen on the off chance anyone is still reading this.”

“I dunno,” said Fat Giraffe, “what about ending this story on a cliffhanger?”

“Yeah, that’d work,” said Stupid Donkey, “What we need is a good cliffhanger.”

The three friends were pondering what kind of a cliffhanger might work to retain the interest of an already diminishing readership when the door of the Shoe and Phone opened and a mysterious stranger walked in.

“I need help,” said the stranger, “and it’s a matter of life and death!”

Tune in next week to find out if the mysterious stranger is going to lead to an actual adventure for Magic Penguin or whether it’s just a red herring to dupe you into committing to reading another of these, frankly awful, stories.

7 comments for “Magic Penguin And The Third Character”