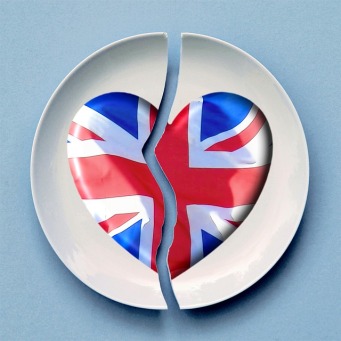 Today is Blue Monday. Apparently, this is what the cool kids now call the third Monday in January.

It’s supposedly the most depressing day of the year.

And it’s absolutely a real thing and not just some concept originally made up by a travel agent in 2005 to sell more holidays.

Conversely if you woke up this morning in a relatively chipper mood, there is definitely something wrong with you and you should absolutely seek help at the first opportunity.

One would imagine that the premise of Blue Monday is that Christmas is now a relatively distant memory but we’re still all paying for it in terms of trying to shift excess weight gained during the festive period, with the added problem of having no money thanks to pay day still being over a week away.

Which is always a bad thing.

But this January seems to have given some of us even more reasons to not be cheerful.

I’m vaguely aware of something called a Government Shutdown happening in the US, which is seemingly attributable to the normally even-handed and flexible Mr Trump.

It doesn’t seem like a good thing, but it hasn’t really been headline news over here.

This is not because we Brits like to mind our own business and don’t care about the comings and going of the POTUS. Indeed, such is the coverage normally that you’d be forgiven for thinking that he is actually president of here too.

Fortunately, he’s been largely kept out of our news because our own behemoth of badness has been rather dominating the headlines of late.

That behemoth is, of course, Brexit. If you don’t know what Brexit is, then I’ll refer you to an explanation offered by a number of its proponents:

Hope that’s cleared that up for you.

The same people also regularly offer a definition for the word ‘leave’.

Indeed, if the exponents of exiting Europe ever release their own dictionary it will be quite a slim volume, bereft as it will be of any actual definitions of any of the words therein.

Which isn’t to say that it won’t sell well.

Because you can’t argue that Brexiteers don’t know how to market their crap pretty well.

I, of course, am a certified remoaner. I’d rather we hadn’t voted for Brexit. But don’t mistake me for something I’m not. I’m not especially a fan of the European Union.

To be a fan I’d have to understand how it all works.

And I don’t understand at all.

I think, on balance, I’d rather live in a world where we’re all a bit more connected and I think the EU probably represents that.

But I’m hardly an idealist.

If someone could have persuaded me that I, personally, would be significantly better off with Britain leaving the EU, I’d have gladly ignored my principles and voted wholeheartedly for Brexit.

It was all a bit vague really.

And two and half years on, as we hurtle towards the definitive date when we cease to be part of Europe in an economical and political sense (although remain very much part of it in a geographical sense) it seems no-one has any idea what is going to happen.

Perhaps I’m being a little idealistic, but it kind of feels like we should have known what we were voting for (or against) back when we actually voted on it.

Some people are suggesting that, now we do know a bit more, we should maybe have another referendum.

Other people seem to be of the view that to have another referendum, which could potentially undermine the first vote, would be undemocratic.

I’m not sure another vote would solve anything, because I think we’re all still as clueless now as we were back in 2016, but I really would like someone to explain to me how another referendum would be undemocratic.

Because I’d have thought having another vote would be the very definition of democratic.

Then again, I’m probably using the wrong kind of dictionary.