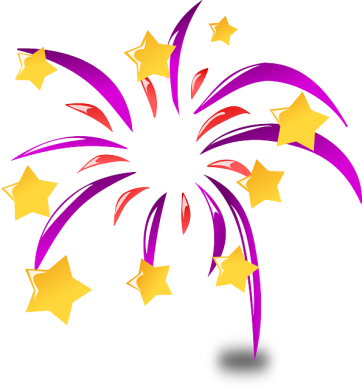 As this is very much the last day of 2019 it behoves me to write about the year that has just happened. But because 2019 ends in a ‘9’ it behoves me to write about the last decade too. There is always some debate that the new decade doesn’t start until the beginning of a year that ends in a ‘1’, but, even though the argument for that is underpinned by sound logic and fact, the reality is that we all consider the year ending in ‘0’ as the start of the new decade (or century or indeed millenium as appropriate). So to all intents and purposes, today is the end of the decade that may or may not have been known at the teens.

But since becoming a dad approximately 17 months ago, I can’t even remember what happened yesterday let alone recall anything of significance that happened in the last ten years.

It is, of course, customary for such a ‘review’ to focus on the wider world, but I’m not going to do that for two reasons:

So for those reasons, and also because I’m a bit narcissistic, this post will be all about me.

This is definitely the first decade in which I’ve been a proper ‘grown-up’ for its entirety . I was technically an adult for all of the noughties but, whereas I haven’t really been drunk on any New Years Eve throughout this decade, I saw in the year 2000 absolutely hammered and wandering the streets of Cardiff with nowhere to sleep until the first trains started running the following morning. And that was not unusual behaviour for the ensuing decade.

So I have made some personal progress.

Beyond no longer drinking irresponsibly (or at least not as often) there have been some other developments for me in the last ten years.

I started 2010 as an unmarried childless man. I was engaged to be married to the woman I am now married to, and we were living together, but we didn’t get married until August of 2010.

My daughter didn’t arrive for another eight years, but as eight years is less than a decade it is entirely accurate to say that the ‘teens’ (which I’m definitely calling them even if no-one else does) is when I became both a husband and father.

It’s also, just about, the decade that I went from being a directionless waste of space, career-wise, to having a definite career and indeed career-path. Admittedly it’s a career-path I don’t especially want to be on, but, having experienced the ‘wilderness years’ which largely describes the preceding decade, the wrong career-path is possibly better than no career-path at all.

It has allowed me to get a mortgage if nothing else. For indeed the decade to which we’re about to bid adieu is the decade in which I became a homeowner for the first time. Again, it’s not necessarily a home worth owning, but having been mistreated more than once by the rental market, I’m happier owning my ramshackle terraced house with all it’s dysfunctional plumbing than paying double my mortgage in rent for a tiny flat owned by a shady landlord.

As for 2019, it’s not been a vintage year really. I spent most of the first four months trying to complete my MA at the expense of pretty much everything else. Except my daughter who will not be ignored even for academic deadlines.

I succeeded in my academic endeavours, but have spent the remaining eight months trying to get back into shape after making some questionable decisions regarding diet and exercise during that feverish period of study. Since April I have been largely exercising at pretty much the expense of everything else. Except my daughter who will not be ignored even for a brutal and unforgiving fitness regime.

Nothing much else of a personal nature happened in 2019, beyond my daughter’s continued development which I notionally contribute to but to a much lesser extent than Mrs Proclaims and indeed the child herself whose desire to conquer each developmental milestone appears to be voracious. She had pretty much nailed walking by eleven months old and then subsequently attempted to destroy every possession of ours that wasn’t nailed down.

Talking seems to be her project du jour and she’s making excellent progress. She’s always been a chatterbox, but these days some of what she says actually makes sense. I expect she’ll have her own blog soon. And it’ll be much better than this one.

Speaking of this blog, it was halfway through the last decade that ‘James Proclaims’ became a thing. May 10th, 2015 to be precise. And 2019 appears to be the year I almost killed it off by barely posting anything.

But I appear to have rallied at the end of 2019 and December has actually been quite a productive month blog-wise.

It’s not all been good, but it has been something.

Which is often better than nothing.

And in 2020 I expect I’ll write more posts that are of questionable quality and worth.

But I can’t commit to that today.

Because that would be a resolution.

And we all know that resolutions come on the 1st of January.

So tune in tomorrow to see if ‘blogging more often in 2020’ makes the cut for my 2020 resolutions.